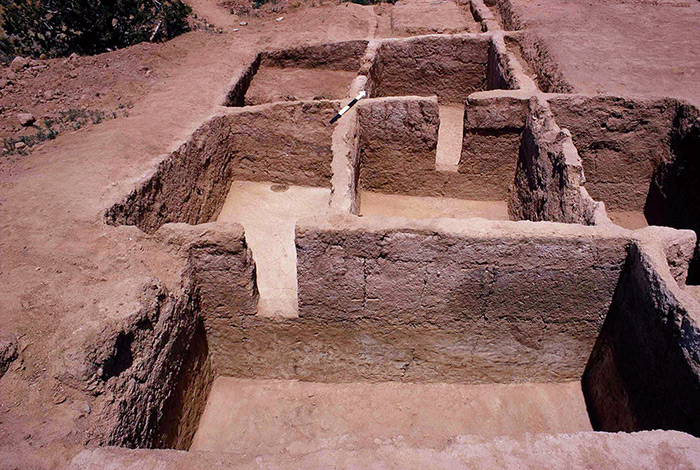 In 1970 Douglas Schwartz, president of the School for American Research (School for Advanced Research), initiated a major archeological research project at Arroyo Hondo Pueblo. The project had three central objectives: to use the most current and comprehensive techniques to expand our understanding of prehistoric northern Rio Grande Pueblo culture, to explore the growth and dynamics of a large Pueblo IV settlement, and to use Arroyo Hondo Pueblo, along with comparative ethnographic analysis, to examine the cross-cultural implications of rapid population growth and cultural and environmental change. 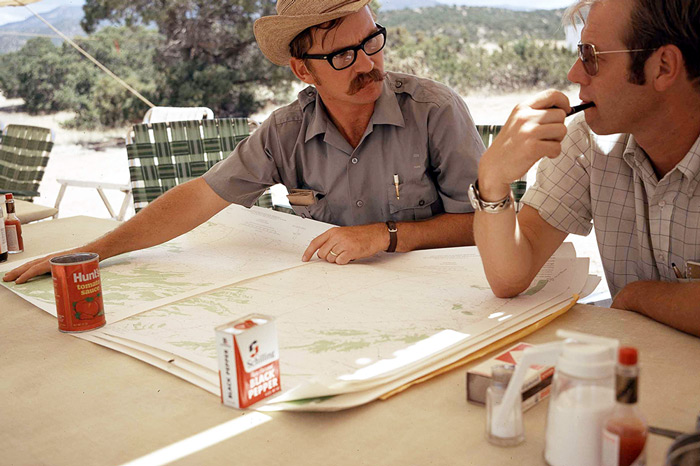 Fieldwork at Arroyo Hondo Pueblo yielded fundamental new information about fourteenth-century life in the northern Rio Grande valley. Because the site has been built and abandoned in a relatively short period of time, and since no large, later pueblo was constructed over it, the full architectural layout and construction sequence of the pueblo, with all its changes over time, were clearly visible. Five seasons of excavation followed by almost four decades of analysis, writing, and publication have provided an extraordinary opportunity to better understand the life and changes of this community and to explore the cultural region and environmental transformations of which it was a part.

The research at Arroyo Hondo began in 1970 with a survey and test excavations designed to determine the nature of the site. Based on this and later work, the National Science Foundation provided funds to support the major field phase of the project. Between 1971 and 1974, a systematic program of excavation was carried out focusing on room and roomblock architecture, site organization and growth, residential configuration, and plaza and kiva design and use. In addition, a regional archeological survey and extensive ecological analysis were conducted. 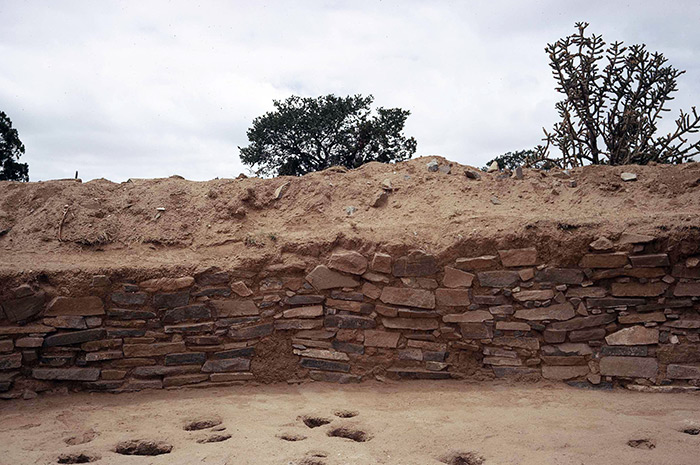 During the years of excavation, interim results were published in three preliminary field reports. In 1974, upon completion of the fieldwork, Douglas Schwartz produced a film The Rio Grande’s Pueblo Past with the support of the National Geographic Society. The film illustrated the history of the project and presented some initial conclusions. 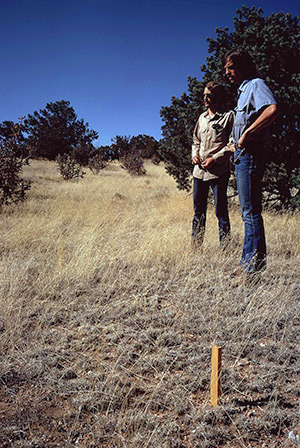 Over the past forty years, since the original conception of the Arroyo Hondo project, a series of nine monographs, which including forth-seven special reports, have been published, presenting the full results of the project, again with the support from the National Science Foundation. In 1995, a grant from the National Endowment for the Humanities supported the construction of a permanent repository and laboratory at the School for Advanced Research to house all the materials obtained during the Arroyo Hondo Pueblo excavations, as well as field notes, preliminary research reports, color and black and white photographs , and 16 mm films. This facility was designed so that a new generation of scholars could use the collection, reexamine the original conclusions, and explore new questions regarding the Arroyo HOndo Pueblo and the development of the late prehistoric pueblo period.

The pursuit of large, long-term archeological projects, like that at Arroyo Hondo, presents several challenges. It requires a persistence of vision and responsibility to the project extending beyond the fieldwork phase. The current website is the next phase in the continuation, refinement, and elaboration of the original questions posed during the Arroyo Hondo Pueblo project. The website's comprehensive content makes available the Arroyo Hondo Pueblo story, the archeological narrative, the project chronology, a bibliography of all published results, reviews, and literature citations relating to the project, and the collections and images from the project. It is designed to provide material for the advanced scholar, student, and the general public interested in archeology and the prehistory of the American Southwest.